Brits unsure about renewable energy and the Green Deal

New research suggests a mixed picture for Brits understanding of producing renewable energy and the Green Deal. Whilst it appears that there is a big demand for renewable energy, lack of awareness to the benefits are hampering take up.

With the Green Deal, however, there is considerable confusion as to what it actually is. As with the recent recommendations from the Green Deal trial, it appears that the government has much to do before rolling out it’s flagship energy efficiency initiative.

Brits want renewable energy but unsure of the benefits 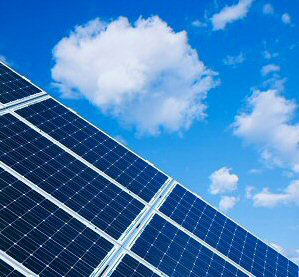 Brits want more renewable energy but do not understand the benefits

Whilst there is a significant appetite for renewable energy, however, the Gemserv research found a widespread lack of awareness about the benefits, cost savings and how to install them.

In these tough economic times, it reveals that the costs and financial benefits of going green are at the forefront of these considerations:

Brits confused by the Green Deal

The UK government energy efficiency initiative the Green Deal is set to launch in autumn 2012, however, the survey revealed that there is a lot of confusion about what it is, let alone the benefits:

Above all else it seems that a large proportion of the British population are unmoved by environmental concerns. The UK’s 26 million homes are responsible for 14 per cent of its greenhouse emissions (UK government 2009 figures), however, despite the cost savings 28 per cent of British homeowners, when asked in the Gemserv survey, would not consider installing efficiency measures in their homes.

These findings echo another recent survey on how to improve and protect the environment which showed that energy saving is less well understood than recycling.

The gulf between consumers’ eagerness to embrace green technologies and their lack of knowledge about it has been dubbed the ‘Green Gap.’

“I am encouraged by some of these findings as I am delighted that nearly half the population would like to install renewable energy technologies; what worries me is the lack of fundamental awareness surrounding it. To bridge the Green Gap it’s essential we continue to educate consumers and break down some of the myths surrounding the Green Deal, energy efficiency and microgeneration.”

It would seem, therefore, that there are plenty of opportunities for consumers to take up current and future government incentives, if they had a better understanding of the benefits and associated cost savings.