Facebook, Google, Greenpeace and the quest for a greener internet 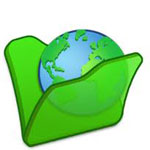 Emails, status updates, Tweets and instant messaging – the great thing about modern communications is that it does away with waste paper. But it would be wrong to think that the internet is a totally environmentally friendly alternative to the post.

Many don’t fully realise how much electricity it takes to run the internet, and that much of this energy comes from polluting sources.

With this is mind, internet giant Facebook has announced that its massive new data centre in Oregon, USA, will use groundbreaking new technology to make it 38% more power efficient. And what’s more, Facebook is making all the data centre’s technical specifications and plans freely available to anyone in the internet industry.

“Facebook and our development partners have invested tens of millions of dollars over the past two years to build upon industry specifications to create the most efficient computing infrastructure possible,” said Jonathan Heiliger, vice president of technical operations at Facebook. “These advancements are good for Facebook, but we think they could benefit all companies.”

As well as being more energy efficient, it will cost 24% less to build than Facebook’s existing data centres, and stripped down servers save around 120 tonnes of material from being manufactured and transported. It’s estimated that if a quarter of data centres in the US alone used the efficient Facebook designs, enough energy would be saved to power more than 160,000 homes.

Not everyone is welcoming the data centre unreservedly, however. While the centre will undoubtedly be more energy efficient, it will still run on coal-fired power. Environmental campaign group Greenpeace has been urging Facebook for some time to switch to greener energy sources. It started an ‘unfriend coal’ campaign in February 2010, which has now gathered more than 700,000 suppporters on Facebook itself.

The ante was also upped with the recent broadcast of a new TV advert in Silicon Valley, California, aimed at reaching many of Facebook’s employees, who live there. The advert asked Facebook staff to put pressure on management to switch to greener, cleaner power.

Greenpeace wants the social networking giant to become coal free by 2021 and commit to 100% renewable energy. It also wants Facebook to reduce its carbon footprint and further spearhead green energy in the internet world.

Greenpeace cites those other internet giants Google and Yahoo, who have both been spearheading green energy policies. Google has invested more than $100m in green energy, including large-scale on and offshore wind farms. It also has a team of engineers researching large-scale cheap renewable energy.

Yahoo, meanwhile, makes utility companies reveal the carbon footprint for supplying their data centres before entering a contract with them.

While it’s clear Facebook has some way to go in its use of renewable energy, the internet pioneer should still be applauded for releasing the designs of its new energy efficient data centre. It will certainly provide a massive green boost for internet companies around the world.

But reducing energy consumption is just one side of the green energy equation. The next task for Facebook is to rise to the challenge put down by Google and Yahoo, and switch to green energy sources too.