Extra trains and special tickets laid on for London 2012 Olympics 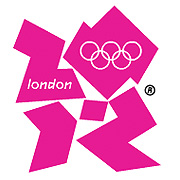 There’s now really no excuse not to get to the Olympic Games the green way, with the announcement of a greatly expanded rail timetable for the period of the London 2012 Games and Paralympics.

London and Britain will be kept moving thanks to longer trains running more frequently and later into the night. The London Underground will also run earlier and later during the Olympics. And as an added bonus, passengers with tickets to Olympic events will be able to benefit from special discounted fares.

David Higgins, chief executive of Network Rail, said: “Our job during Games time is to provide smooth, seamless journeys for spectators travelling to and from Olympic and Paralympic venues, whilst continuing to offer the service which keeps millions of people moving across Britain each day.”

Spectators will be able to buy special 2012 Olympics rail tickets from the end of June 2011 to make planning their Olympics experience even easier. A dedicated website will be set up covering all Britain’s train operators to make booking simple.

Tickets will be flexible so that spectators can change their journey times with minimum fuss. The special fares will be available between London and all other cities hosting Olympic events – Weymouth, Cardiff, Coventry, Manchester, Newcastle and Glasgow. Spectators with games tickets will also get a free London transport travelcard for zones 1-9 on the London public transport network for the day of their event.

Almost 4,000 extra trains will run during the games, linking London with major cities and other venues. The London Overground network will also be able to carry more than three times the amound of people to the Olympic Park.

Morning and evening peak hours will be extended during the games, meaning more longer, higher-capacity trains. A third peak time will also be added when the key Olympic venues close each day, meaning spectators will find it easier to get home.

Standby late trains will even be on call in case Olympic events over-run.

The London Underground will run around an hour later than usual during the games. The last Tubes from the Olympic Park will leave at around 1.30am, arriving in central London around 2.00am and continuing to their final destinations by around 2.30am.

Network Rail will suspend all disruptive engineering works on routes serving the Olympic venues from the end of June 2012 to early September 2012. The London Underground will also stop all weekend engineering works during summer 2012.

Good news for London and the UK

Even if you’re not a sports fan, if you live in London or visit during the games you’ll be able to take advantage of the extended timetable. Green Abode welcomes the news, but reckons, if we can do it for the games, then lets make a concerted effort to push for more and later London rail services year round.