Electric cars were once purely in the realm of science fiction. Times are changing though, and if you’ve not spotted an electric vehicle on the streets yet, it certainly won’t be long.
And now the latest in hi-tech eco transport – including electric, hybrid and fuel-efficient petrol cars – will be showcased together at a green motor show in London. 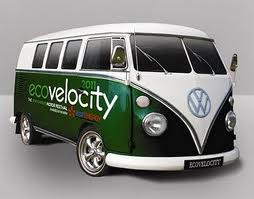 EcoVelocity will run from 8-11 September 2011 at Battersea Power Station, and visitors to the event will be able to test drive the latest ultra low-carbon eco cars on a specially designed circuit. There’ll even be a test track for children, plus the chance to view and test drive the newest eco motorcycles.

This festival of low carbon motoring is expected to attract around 30,000 visitors over the four days, and all the major car manufacturers should be in attendance.

Green Car of the Year to be announced

The event will kick off with the announcement of the What Car? Green Car of the Year Award, and the winners of each category will also be showcased on the WhatCar? Catwalk.

While many visitors may be curious to see what their next car might look like, there’s also bound to be plenty of interest in the Green Supercar paddock where manufacturers will be showing off the fastest high-power eco cars.

Raising the profile of green motoring

The event should certainly raise the profile of green motoring, which could come at the right time, as a recent study from the US has shown that over the pond at least, motorists are still wary of buying eco vehicles.

While consumers are no longer so worried about the performance of green cars, the study by consumer research organization JD Power showed that despite cost savings on fuel, the higher initial price of these vehicles is the main reason for their slow uptake. Hopefully, though, as more and more people start switching to green cars, the price of eco motoring will come down.

Car Clubs are a great way to SAVE on motoring. Join Enterprise Car Club from only £20 per year. Start SAVING today!

Luckily, in the UK, the Plug-in Car Grant should help people considering a switch to electric. The grants provide 25% towards the cost of qualifying new plug-in electric cars, up to a maximum of £5,000. The grant is due to be reviewed in March 2012, though.

It’s long been an argument used against renewable energy that installing wind or solar power has negative effects on house...