Some thought it was going to be a white elephant when it opened 10 years ago, but it’s confounded its critics and gone from strength to strength. We’re talking about Cornwall’s Eden Project, which is now celebrating its 10th birthday.

Anniversary celebrations have already included a special ‘Eden Sessions’ seasons, with the strongest line-up ever for this annual musical extravaganza at the site. Top acts including Primal Scream, The Flaming Lips and The Go! Team have already played.

And to top things off, the Eden Project also received a special visit from the Duke and Duchess of Cornwall, Prince Charles and Camilla. The royal couple were in attendance on 12 July 2011 to place the marker for the Project’s planned new Rainforest Walkway.

Eden’s managing director Gaynor Coley said: “Walking through the Rainforest Biome and generally throughout the visit, the Duke and Duchess engaged with the issues we are concerned with. They loved the spirit of Eden. Our team were bowled over by them. The visit was a lovely way to mark the 10th anniversary of the project.”

The Eden Project aims to raise £2.5 million to create the Rainforest Experience, including the planned walkway plus a learning centre. More than £1 million has already been raised. 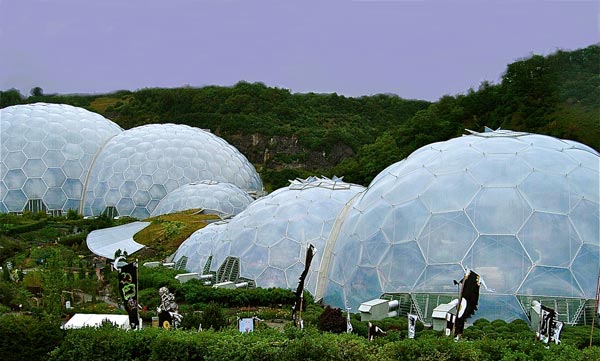 The ecological centre was built in a disused clay mine near St Austell, and its distinctive domed ‘biomes’ contain the world’s largest rainforest in captivity, where you’ll find dense jungles and waterfalls. Its new rainforest lookout gives visitors a spectacular bird’s eye view above the treetops.

It’s a year-round attraction, but a particular favourite with families in the summer school holidays, when it puts on extra fun activities for all ages. And if you’re ever stuck for a present with an eco twist, or fancy something for your own home or garden, then the Eden Project shop has a whole stack of great sustainable living products.

And if you’re a love of nature and the outdoors, and can’t make it down to Cornwall, don’t forget that Love Parks Week is running from 23 July 2011, with loads of fun and ecologically themed events at a park or green space near you.

Forest Holidays Keldy in North Yorkshire has everything you need for a relaxing, family friendly holiday or short break. Situated...