It’s more good news for solar energy as internet giant Google joins the solar revolution. It’s one small step, but the organisation’s plans to install an advanced skylight controlled by solar cells and high-tech optics at one of its California Silicon Valley bases is bound to give a further publicity boost to the potential of solar energy. 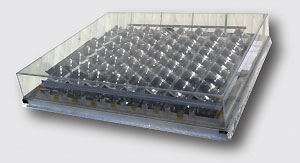 Google is installing innovative solar skylights into their offices

According to a report from the Reuters news agency, the Google office will act as a test-bed for the new skylight technology. The skylight system, designed by California engineering outfit EnFocus, comprises a clever solar panel with many optical lenses that will follow the sun’s path throughout the day and concentrate and direct the sunlight onto small solar cells to produce electricity.

The system also controls the flow of light into the office room to create an even balance of light. If it proves to work well, it’s bound to be popular with office managers hoping to ensure employees get sufficient, balanced light to work by.

Reduces the need for air conditioning

The fact that the optical modules collect some of the sunlight, the room below heats up less, requiring less energy-sapping air conditioning too. It’s a principle that is likely to be taken up in more and more offices and workplaces in the future. 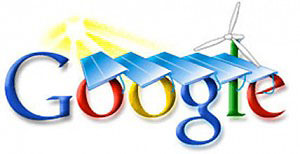 It’s not the first time that Google’s got behind solar power. It’s also investing some $280 million in SolarCity, an American company that leases solar panels to homeowners. Google hopes its employees will be among the new customers for the solar project. The funding will help SolarCity provide financing options for customers who want to install solar power in their homes but can’t afford the initial outlay.

Google has invested some $700 million in total in renewable energy projects.
Google uses dozens of energy-hungry data centres all over the world to host the vast amount of data it stores. With this in mind they started upping their environmental investment from early 2011.

Other Google green investments include:

Google’s not the only big tech company buying into the solar revolution. As recently reported on Green Abode, both Apple and Samsung are looking into micro solar cell technology to install in their smart phones and electronic gadgets.

If you’ve been wondering how you can take advantage of solar power yourself, check out Green Abode’s guide to home solar panel kits.