Insulation for your home – how much could you save off your energy bills?

New figures from the Energy Saving Trust are showing how simple home insulation measures can save households hundreds of pounds a year in fuel bills. Simply lagging lofts and filling cavity walls can have a big impact on energy costs and is a bonus for the environment, too.

Save £100s by insulating your home

From April 2010 to March 2011, Birmingham led the way in installing insulation, with 12,079 professional installations under the government’s Carbon Emissions Reduction Target (CERT). Leeds, Bradford, Fife and Wiltshire are also at the top of the table, while some London boroughs were at the other end of the scale. All five of the worst performing local areas for insulation measures were in London.

And while the figures show that progress is being made, almost half of UK homes still do not have adequate insulation. Only 57% of lofts are properly insulated and just 58% of cavity walls have been filled.

The CERT targets include requirements for energy suppliers to help householders reduce their energy bills and install proper insulation.

“With energy prices ramping up people want to know how they can keep their bills down,” stated Energy and Climate Change Secretary Chris Huhne. “As well as shopping around for the best energy deal, insulating your home can also save you money straight away.”

“We’ve told energy companies to do far more to help consumers cut their bills and while these figures show a mixed picture across Britain, they also show that millions of homes are already benefitting.”

“For those who haven’t yet insulated their home, I’d really recommend them to pick up the phone, call the Energy Saving Trust and check out the help available to cut bills.”

Millions to benefit from home insulation

It’s reckoned that by December 2012 some 3.5 million homes will have benefitted from the CERT measures.

For more advice on insulation your home see the Energy Saving Trust website. 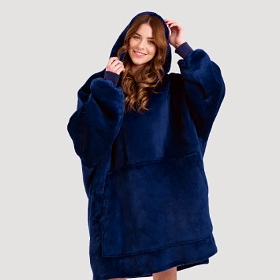