In these days of energy price hikes by the major energy companies, British green energy provider Good Energy has announced that it will be freezing electricity prices until at least 2012.

Get the latest promo code discount deals from Good Energy.

The company hasn’t increased electricity prices since August 2008, and says that its reliance on 100% British renewable energy sources means that its been protected by the volatility of the market. Good Energy also said it hopes it will be able to keep electricity prices frozen after 2012. 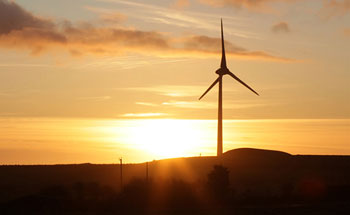 “I think that Good Energy is now a great alternative to the ‘Big Six’ energy suppliers,” said Juliet Davenport, founder and CEO of Good Energy. “Not only do we supply independently guaranteed 100% renewable electricity and industry-leading customer service, but we’re committed to making green power accessible for everyone.”

“I’m really pleased that our strategy to make green energy more competitive is delivering for our customers. We’ve been able to hold our prices partly due to improvements in our weather forecasting techniques enhancing our ability to trade renewable electricity more efficiently, and because of the investments we’ve made in developing new sources of green energy, such as our wind farm in Cornwall.”

“Good Energy is proof that decentralised energy can provide the UK with resilience against price volatility caused by relying on energy imported from abroad.”

Good Energy at the forefront of microgeneration

Good Energy is at the forefront of efforts to decentralising British energy production and are big proponents of microgeneration. It goes to show that 100% British produced renewable energy is safer from spikes in electricity and gas prices.

Being apart from the volatility of the global energy market means that concentrating on local energy provision can protect the consumer from rapid hikes in energy prices.

And while the energy company is keeping its electricity prices down it’s been forced to raise its gas prices by 9.4% from September 2011 due to changing market conditions. More proof that renewable electricity generation is the way to go.

It compares with recent price increases from Scottish Power, British Gas and Scottish and Southern. British Gas announced in July 2011 an increase of 18% in gas prices and 16% in electricity, for example. The other big energy companies – EDF, E.on and npower – are also expected to follow suit, according to a recent report from Which?

With Which? research suggesting that rising energy energy prices is consumers’ number one concern, this move from Good Energy has been warmly welcomed.

Read Green Abode’s Good Energy review to find out more about this award winning, renewable energy supplier. Get £25 OFF your first bill when you switch to Green Energy with Green Abode.