Do Brits have double standards when it comes to eco travel? 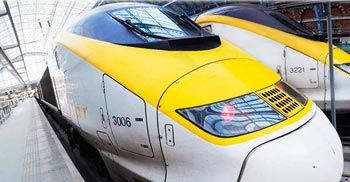 It seems that Brits have got double standards when it comes to eco friendly travel. A new study has shown that almost 70% of people in the UK don’t let environmental worries influence their holiday travel plans, although many recognise that driving is one of the least eco friendly parts of day-to-day life back at home.

The study compared the travel habits and opinions of ordinary British, French and Belgian people. French and Belgians both considered the environment more when booking holiday travel than the Brits and also take less flight-based trips each year, with some 55% of Brits take up to three flight-based holidays a year, while only 38% do in France.

UK could get more connected with HS2

Of course, France and Belgium are much more connected to the rest of Europe, with excellent rail networks, which must go some way in explaining the differences, but still it appears that many UK travellers have not yet discovered the benefits and convenience of rail travel to Europe, and using eco friendly public transport while on holiday.

However if the proposed ‘HS2’ High Speed 2 rail link is approved, then this is likely to provide a big boost to train travel from the UK to Europe, as the new routes will link into the existing high speed Eurostar line.

Peter Bragg, Head of Environment and Energy for Eurostar commented; “We know that many of our customers are concerned about environmental issues, yet this research shows that when planning their holidays, only a few consumers are willing to make changes to reduce their carbon footprint. There are confusing messages around the issue but as people are now traveling from a younger age, it is crucial that they understand there are sustainable travel options available.”

“This is not to say we should never go on holiday, but there are simple actions people can take to help reduce the impact their holidays have on the environment. These include using public transport abroad rather than hiring cars or switching from flying short haul to traveling by high-speed rail. These small changes, alongside the actions that organisations must take to make journeys more sustainable, can help us to ensure that future generations will have the same opportunities to travel that we have today.”

When it comes to life back in the UK, Brits seem to be more eco aware, but still not completely clued up of the issue of green travel. When asked to rank the day-to-day activities they felt generated the most carbon emissions, 36% said it was driving.

And it’s fortunate that the price of coach travel from operators like National Express and Megabus has come down recently, and more eco friendly options like car clubs are also available.

But while driving is undoubtedly a big contributor to CO2 emissions, studies have shown that 27% of an average consumer’s annual CO2 emissions actually come from holiday and leisure activities. That the biggest single contributor, with driving coming in at 18%.

And for those going on holiday by plane, the CO2 emissions from the flights alone count from more than half of the total holiday emissions. It’s another compelling argument for choosing alternative travel arrangements.

Most unprepared to reduce numbers of holidays

Another worrying statistic was that even for the Brits who said the environment influences their holiday decisions, only a third are actually prepared to reduce the number of holidays they take. Only about a third would also consider switching from short haul flights to train travel.

The research also showed that older Brits were less concerned about their holiday environmental impact. More than 80% of over 65s in the UK said they didn’t let the environment affect their holiday planning. This compares with only 46% in France and 55% in Belgium.

However, we didn’t come out last in all quarters – only 23% of Belgians would consider booking an eco hotel while 26% of Brits would.

The research was commissioned by Eurostar, which obviously has a vested interest in getting travellers to switch to rail to travel to Europe. However it’s putting its money where its mouth is on the environmental front since the launch in 2007 of the organisation’s Tread Lightly programme. It’s already on track with its aim to reduce carbon emission by 35% per passenger journey by 2012, with other Tread Lightly intiatives including:

• measuring and reducing Eurostar’s entire carbon footprint including supply change
• new CO2 reduction targets of 25% for wider business emissions by 2015
• launch of the Eurostar Ashden Award for Sustainable Travel
• diverting approximately 11,000 tonnes of onboard train waste from landfill to recycling or waste to energy
• reducing waste to landfill from 45% to only 1.6%
• recycling around 90% of water used to wash Eurostar trains