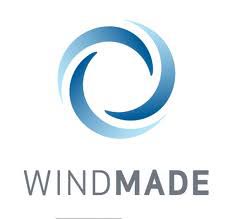 Wind power company Vestas has released a new survey which shows that consumers want more renewable energy, and leading corporations which use green energy are out performing their peers. It also examined specifically consumer perceptions towards wind energy. It also revealed that consumers are concerned about climate change and carbon emissions.

Vestas commissioned TNS Gallup in 2011 to undertake a global survey of consumer perceptions to climate change and its relation to global brands. 31,000 consumers took part in the survey which covered 26 markets and 31 leading global brands. The study’s main findings include:

One of the key findings of the Global Wind Survey is that consumers want more information and transparency about brands and the amount of renewable energy they use. 77% of those surveyed believe that consumer labels are important when choosing brands. If products and services were clearly labelled that they were being produced by renewable energy, more people would buy them.

WindMade label starting to be rolled out

The study showed that 65% of consumers would have a positive view of a label that provides information on climate friendly brands.

In January 2011 a new environmentally friendly label called WindMade has been introduced. This is the first label that has been used to identify products and services made using wind power.

WindMade is being managed by a Brussels based global consortium which includes the World Wildlife Fund. In September 2011 the standards for WindMade will be announced to provide clear guidance to consumers as to the wind power produced in products and services.

Vestas themselves has taken the initiative to launch WindMade, and has found that 67% of consumers worldwide would pay extra for products with this label. Although Vestas are a major wind turbine manufacturer, the label is independent of any particular wind energy company.

What are the wind power options in the UK?

Since April 2010, the Feed-in tariff has provided incentives for UK consumers to produce energy and the government will guarantee an income for electricity generated. Although it is available to everyone in the UK, only certain areas are suitable for generating this kind of wind power. Green Abode recommends the Energy Saving Trust as the best starting place to find out whether you can produce wind power and benefit from the incentives.

If you are interested in using an electricity supplier which uses wind power, we recommend Good Energy and Ecotricity. Good Energy are leading the way in the UK when it comes to supplying renewable electricity to your home. The energy they produce is from 100% renewable sources, with wind being a major contributor. Ecotricity are Britain’s leading independent producer of wind energy and supply green energy to your home.

Another alternative are small micro wind turbines. Home wind power can be produced from these and can either be fed into your main electricity supply, or used to power other outdoor buildings such as offices or workshops. Vertical wind turbines are also popular on boats as they are able to harness the abundant wind and they have a more appropriate slimline design.