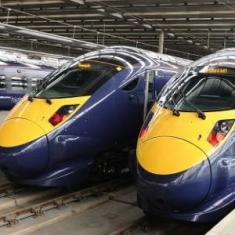 High Speed Two trains (HS2) is a must do project, despite the critics

The proposed ‘HS2’ high-speed British rail network has had a lot of press recently. While many see the huge potential of new super-fast routes linking London, the Midlands and the North, there have also been plenty of doubters.

HS2 is hoped to open in 2026, using 400-metre-long European style trains with up to 1,100 seats each. The trains will be able to reach sustained speeds of up to 225 mph. Current inter-city services run at 125 mph. The planned Y-shaped network will mean it will take less than an hour and a half to travel from London to Birmingham and three and a half hours from London to Edinburgh.

One of the main arguments in support of HS2 is its potential financial benefits, boosting jobs and developing regional economies. However, detractors doubt these expected financial, business and employment benefits. Some Conservative MPs and councillors in areas where the route would pass through have already opposed the project, and the Taxpayer’s Alliance says HS2 would bring minimal financial benefits.

A report by consultants Oxera also said that the economic benefits of High Speed 2 was also unclear. However, despite these criticisms, a group of 400 leading businessmen recently signed a letter strongly backing the new rail project, citing its potential economic benefits.
But putting aside the controversy over the economic matters, there are plenty of compelling arguments for High Speed 2.

Britain’s motorways are already straining, and the High Speed 2 network will reduce pressure on the roads and reduce congestion for everyone.

Demand for rail is increasing

Demand for long distance rail travel, travel throughout the south east and freight is increasing, and unless new lines are developed, the existing network could buckle under the strain. Inter-city train travel has grown at 5% per year, more than doubling between 1994/5 and 2009/10, while the number of rail journeys in the south east have increased by 70% in the same period.

Many industry experts predict that this trend will continue, meaning investment in new rail infrastructure is the only way to meet this demand.

Competing with Europe and the rest of the world

High-speed rail is already common across Europe, including the TGV network in France, ICE in Germany, and the recently opened Thalys network linking France, Belgium, Germany and the Netherlands. Huge parts of Europe are already linked by high-speed rail, making rail a real alternative to short haul flights on the continent. Britain needs to step up to the challenge and develop its own high-speed network.

China is also unveiling its new high-speed train, a 300 kmh-plus bullet train linking Beijing and Shanghai in 4 hours and 48 minutes, cutting journey times between the two cities by more than 5 hours.

Putting Britain into the 21st century