Can the government break the dominance of the ‘Big Six’ energy companies? 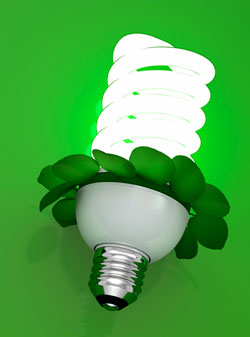 The government is making moves to break the dominance of the ‘Big Six’ gas and electricity suppliers, but is already facing some major hurdles.

It’s already held a summit with independent suppliers to explore ways that smaller energy companies can expand their business. This comes after an announcement saying that red tape would be cut to help them get a foot in the energy market door and give a better deal for householders.

Speaking before the summit, Energy Minister Chris Huhne said: “Our energy market has been too cosy for too long. I’m calling a summit of independent energy suppliers so the small guys have an equal chance to bid for your business. We need more competition to keep bills down – it is madness that 99% of people get their energy from the Big Six.”

“Over the next decade we need double our normal energy investment to replace old power stations and keep the lights on, he added. “Doing nothing isn’t an option – addiction to more foreign gas will put us at risk of oil and gas price shocks. The current market simply can’t deliver, so we need more companies and more competition to keep price rises as low as possible.”

“By meeting directly with the up-and-coming small energy suppliers we can ensure they have a fairer shot at breaking the dominance of the Big Six. I’ve told my officials to knuckle down with Ofgem and make reforms so consumers can have more choice and better deals for their gas and electricity.”

Huhne went on to meet with representatives of smaller environmentally conscious energy suppliers like Good Energy, Ecotricity and Co-op Energy. The summit let these smaller suppliers set out their case for energy market reform and how best to reduce carbon emissions while providing a good deal for consumers.

The summit comes just before the government publishes its new White Paper on electricity market reform, following a public consultation launched in December 2010. It’s all leading up to a big shake up of the electricity market aimed at meeting the demands of future energy consumption and renewables targets.

However, since the summit, British Gas has announced a controversial price hike, while consumer groups have claimed that a separate government-endorsed plan could misfire.

Plans to install new ‘smart’ energy meters in every UK home by 2019 are supposed to help consumers monitor and reduce the energy they use, but could lead to widespread misselling by big energy companies.

At least that’s the view of Which? and government watchdog Consumer Focus, according to a recent report in The Independent.

Which? reckon that the Big Six gas and electricity companies will use the installation of the new meters as an opportunity to try to sell new services to their customers, meaning that they could make even more money from them.

Which? wants the big energy companies to promise that they won’t try to sell new products and services while they install the new meters. However, so far, only smaller energy firms have committed to this.

It’s feared that the people hired to install the smart meters will be offered bonuses to sell to energy users at the same time.

So it looks like the government, along with energy regulator Ofgem, which has previously battled to control the so-called ‘misselling’ tactics of the Big Six, are in for some major challenges on the way to a more sustainable energy future.