InterRailing – the three ages. Which one are you?


Times were when InterRailing was just for students on their summer holidays or keen to have one last blow out holiday before entering the world of work.

These days, while InterRailing is still a fantastic budget way for young people to see Europe by train, it’s also ideal for all ages. Anyone can buy a ticket, and with flexible durations, you don’t need to take a month off to go InterRailing.

That’s why here at Green Abode we’ve got the run-down on the ‘Three Ages of InterRail’, with some top tips for a fantastic European rail adventure whatever your age. 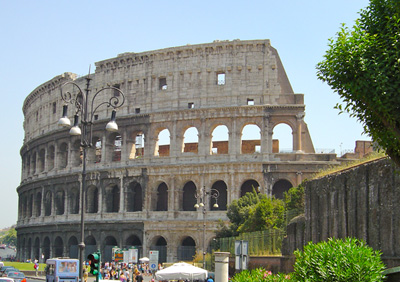 If you’re a student on your gap year, or just fancy a mammoth summer holiday, then a full-month InterRailing sojourn has you written all over it. Adventurous, flexible, low-cost, sociable and, above all, cracking fun, InterRailing is a rite of passage that everyone should make.

Take a look at Green Abode’s Grand Tour of the Capital Cities itinerary for some ideas of where to head for. This itinerary has been designed with the first time or limited European traveller in mind.

If it’s your first time travelling around Europe by train, for more help check out our InterRail advice guide.

Eco-conscious, Euro-savvy and time short – the 30-something InterRailer is also likely to have been InterRailing back in their student days. This time, however, they’d like a few more home comforts, and probably can’t wrangle a whole month of time out. Money’s not such a big issue these days, but in these straightened times who wouldn’t appreciate the money-saving aspect of the flexible InterRail pass? Top tips for 30-something InterRailers:

If you’re a 30-something InterRailer then why not avoid the obvious and head across to Eastern Europe, for some of the continent’s most exciting, and best-value destinations. Check out Green Abode’s InterRail Eastern Europe itinerary for inspiration.

If the kids have just left home or you’ve recently retired, you might find yourself with more time on your hands and an urge to get out there and do some exploring. While you may have been on the Eurostar you might not have travelled by train in Europe before, but you’re likely to have seen a fair few of the continent’s most popular destinations already. Consider an adventurous month out, exploring some of Europe’s more unusual and beautiful corners. Top tips for Empty Nester InterRailers:

If you’re an Empty Nester InterRailer, then you might want to take the route less travelled with Green Abode’s InterRail Balkans adventure itinerary or maybe think about the scenic and cultural InterRail Northern Europe route.

How to book an InterRail pass

To find out more about InterRail ticket options, check out The Train Hacker’s InterRail Passes guide.

Fleet of eco buses to run on rubbish & animal waste

Bus operator Stagecoach has launched a new fleet of eco buses in Lincoln powered by rubbish and animal waste. The...