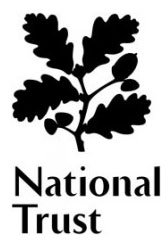 It was a blowy October day when we turned off the main down a lane towards the coast. We got a taste of the disused, ghost-like buildings of the Levant Mine and Beam Engine during this short journey.

For many, the main draw of the Levant Mine is to see the only remaining Cornish steam beam engine still in operation. However, you get a lot more than that with this excellent value day out from the National Trust.

You get a Levant Mine and Beam Engine tour for just £11.50 for adults and £5 for children. That’s not all, however, as you also get an excursion to the Botallack Mine. It’s also set in an area of outstanding and beautiful coastal scenery.

And also you’ll get free parking in their countryside and coastal car parks. Cornwall is brimming with stunning locations and wildlife, which you can explore with my National Trust Cornwall nature walks.

National Trust bringing Levant Mine and Beam Engine back to life

It looked like a Cornish tin and copper mining graveyard when we arrived. However, as we’d find out, thanks to the National Trust, there was a lot more life in these buildings than first meets the eye.

We entered the tiny ticket office and shop to greet an expectant group of smiling tourists. It quickly became apparent that we had arrived just in time to catch the start of the tour.

Our passionate and professional guide Tom brought the mine back to life with his detailed knowledge of the Levant Mine and Beam Engine history.

Levant ‘the mine under the sea’

The Levant Mine and Beam Engine is part of the Cornish Mining World Heritage site in the St. Just district of Cornwall. It is often called ‘the mine under the sea’; it got its name from how far underground it stretches out to sea.

At the start, Tom showed us a mine shaft that started at the bottom of the cliffs. It makes you think about how tough things were a couple of hundred years ago, with just ropes and wood protecting miners from the crashing Atlantic Ocean and jagged rocks.

The Levant Mine stretched out one and third miles out to sea and was over 2,000 feet deep. A staggering feat of engineering when you consider the shafts were dug by hand.

Of course, there was a financial motivation as Levant Mine was rich in copper and tin, and it was a lucrative investment for those that financed it. However, the miners and their families who processed the minerals were not so lucky.

The miners of Levant Mine

At its peak, the Levant Mine employed 700 people, of which half were underground and the other half above ground.

During the c18th and c19th, there were three shifts for miners, who worked 24 hours a day. Working shifts lasted for six hours. But this time did not include the hours it took travelling through the mines.

From an interview with a captain of Levant Mine, we learned working for more than six hours in such a hot and dry atmosphere could kill a man. Not only back-breaking work, but it could also kill you.

In the late c19th and early c20th Levant Mine, we learned that the mine moved to two shifts per day, which relieved the workers.

Processing copper and tin at Levant Mine 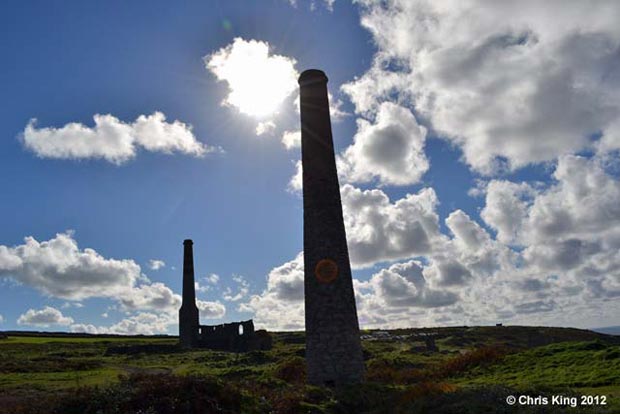 Chimney at Levant Mine, Cornwall, is surrounded by spectacular coastline and natural beauty on the Atlantic Coast of England

Of course, digging was just half the job of getting to the tin and copper ore. While the men (and boys from 10-years-old) were down the mine, women and children endured the painstaking work of separating ore or tine from rock.

Extracting tin was even more difficult as only 2% to 3% of the original football-sized rock was actual tin ore. The hammering would continue until the stone and tin were one and a half inches long.

The ore was transported by railway to another part of the Levant Mine, where it would go through a complex washing process. This was required to separate the heavier tine from the rest of the rock.

Copper and iron ore were then transported overland to Penzance and shipped for smelting in Swansea.

Mining at Levant continued until one of the worst moments in Cornish mining history occurred after the First World War.

In 1919 Levant Mine witnessed one of the worst mining disasters in Britain. The ‘man engine’ which transported miners up and down the shafts broke, leading to the deaths of 31 miners.

A revolutionary way of transporting mine workers now caused a most catastrophic event. After the Levant Mine disaster, the mine never really recovered and was subsequently closed down in 1930 during the economic depression.

While on tour, you see the ‘man engine’ entrance, which is a very moving experience to think that 31 men who entered the mine that fateful day in 1919 never returned.

In 1967 Levant Mine and Beam Engine were transferred to the National Trust, restoring the buildings and opening them to the public. In the early 1990s, a team of enthusiasts named the ‘Greasy Gang’ started a fundraising appeal to restore the Beam Engine to working order. 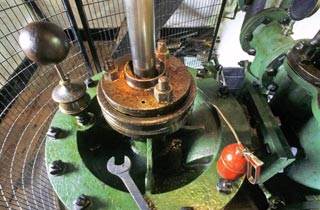 Close view of part of the pump mechanism, spanner and oilcan, in the engine house of the Levant beam engine, a restored steam-powered Cornish beam engine once used to hoist ore from Levant Mine near St Just, Cornwall ©National Trust Images/Ian Shaw

The highlight of the Levant Mine tour for many people — particularly industrial age, engineering and steam enthusiasts — is seeing the beam engine working. It’s the only Cornish mining beam engine that is still working at its original site, and seeing it in action is a unique experience.

It amazed me how quiet the beam engine was and the elegance of movement whilst it was in operation. How steam engines work is entirely alien to many people; however, the National Trust team clearly explained the workings.

When the beam engine was operating, you could get a real sense of what it was like working at Levant Mine. The National Trust and volunteers have done a tremendous job bringing it back to life.

Set against the backdrop of the Atlantic Ocean, the Levant Mine and Beam Engine is a beautiful experience for visitors. If you’d like to learn more about Levant, visit the National Trust website.

Exploring the UK’s history, heritage, and stunning scenery are why joining the National Trust makes sense. You’ll get free access to hundreds of unique places throughout the UK.

The tour also included a spectacular coastal walk to Botallack Mine and a visit to the Coin House. That’s another post, however, so look out for that in the future.

And for more great days out, check out my National Trust Isle of Wight nature guide. Here you’ll find more ways to appreciate the natural world with your family and friends.

In the meantime, learn more about the National Trust in Cornwall and the rest of England and Wales.

Have you visited Levant? We’d love to know your experiences in the comments below.

About Chris King
Chris is the owner and author of Green Abode. To find out more about Chris, visit the about page. If you’d like to stay in contact, you can sign up for the FREE newsletter.
FacebookTwitter