London to Amsterdam by train – so quick, affordable, hassle-free and green 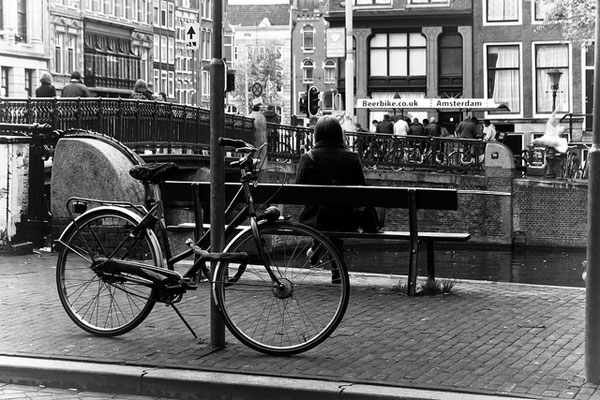 London to Amsterdam by train is an eco-friendly, hassle-free and cost effective way of visiting the Dutch capital

Amsterdam is one of Europe’s greenest cities, and it’s so easy to get there. Travelling by rail is a green, hassle-free option – London to Amsterdam by train only takes around four hours. Booking with Eurostar, you could be strolling the city’s elegant canal-lined streets before you know it.

Convenient fast train travel to the heart of Amsterdam

The journey from London to Amsterdam by train takes from just 4 hours 16 minutes. That’s faster than getting from London to Edinburgh and about the same time it takes to make the journey by air, factoring in check-in times and customs.

And the best thing is, instead of having to navigate busy airports at either end of your journey (next to Heathrow, Amsterdam Schipol is one of Europe’s highest-traffic air hubs) the train whisks you straight into the heart of the city. The city’s Centraal Station couldn’t be better positioned for all Amsterdam’s major hotels and city centre sights – many of them easily walkable.

The journey is simplicity itself. From London St Pancras, catch the Eurostar to Brussels, then connect with frequent services onwards to Amsterdam.

Carbon savings and easy on your pocket

A return journey by plane from London to Amsterdam produces 141 kg of CO2 per passenger, while taking the train will only produce 27.2 kg of CO2.

It’s great value, too, with one-way tickets costing from £51 and a return journey starting from £89. The very cheapest flights come in at around £70 including baggage. You’d have to book many months in advance to be sure of these prices, though, and remember they don’t include the cost and hassle of getting to and from the airport at both ends.

So the price is right, the timings are right, and it’s good for the environment – what better argument is there for making the journey by train? Check out the Eurostar website for the latest deals.

City of canals and culture

Amsterdam offers so much for travellers and it’s not hard to see why it’s such a popular short break destination. Some of its highlights include:

Amsterdam has also long been known as one of Europe’s pioneering green cities. It’s ranked 5th in the Siemens Green City Index for its enlightened approach to recycling and eco projects.

It’s also one of Europe’s best cycling cities. Its cycling culture is embedded in the city psyche, with miles upon miles of cycle lanes and laws that support cyclists’ rights. And being totally flat, almost anyone can get on a bike and see the city the eco friendly way.

There are plenty of places offering affordable bike hire in the city, or if you’ve a slightly longer journey, then public transport is highly efficient. Regular trams and buses reach all corners of the city.

If you’re looking for something different you can enjoy a beer whilst seeing the sights on the Beer Bike. Great for parties and groups, see the best of Amsterdam whilst cycling and having a drink.

So if this takes your fancy, why not have a look at the deals on Eurostar and get planning your trip to Amsterdam by train?
Eurostar London to Amsterdam Deals >>
Image courtesy of Flickr

Are you one of the 42% who are wasting money due to lack of insulation?

Cavity wall and loft insulation are great ways to save energy and money. A new survey shows that over 40%...