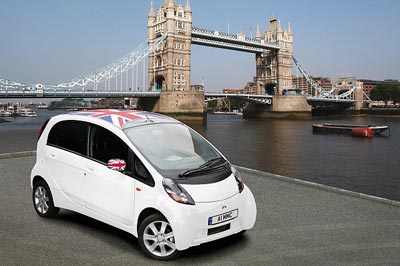 A few years ago, electric cars and green motoring was the stuff of science fiction, but now it’s going mainstream, and a new report is showing how it’s taking off around the country.

Ecovelocity, the low-carbon motor show, which runs during September in London, has released new findings showing where the greatest take-up of green motoring is taking place.

And locations in the capital are coming out on top, with Camden, Westminster and Islington home to the greenest motorists in Britain. The study showed that more than a quarter (28%) of all cars registered in the WC postcode zone boasted CO2 emissions of 100g/km or less.

Other London areas dominated the top of the eco motoring list, while outside of the capital, Portsmouth was the greenest UK motoring city. Almost 6% of vehicles registered in the PO postcode area were low-carbon models.

“It’s perhaps no surprise that drivers in London are cottoning on to green motoring quicker than anyone else,” said EcoVelocity Event Director, Giles Brown. “After all, the capital boasts more charging points for electric cars than any other region of Britain and commercially available electric cars are all city cars.”

“So drivers in other towns potentially have less opportunity to go green but now the rest of the UK needs to take note and understand the fundamental need to fully support the drive towards cleaner, low carbon-emitting vehicles. Through the EcoVelocity show, we aim to demonstrate to people that green motoring is here to stay.”

London currently has 93 charge points for electric cars, and many more are planned as part of the Source London initiative, as previously reported on Green Abode. Other areas lag behind, however, with only three electric charging points in the whole of Wales. EcoVelocity has put together an interactive map showing existing electric car charge points across the whole of the UK.

London also leads the way in the uptake of green car hire options, while overall, the south east is the UK’s greenest motoring region. More than 13,000 green vehicles have been registered in the region between June 2010 and June 2011, while Yorkshire and Humberside came a close second.

The EcoVelocity motor show takes place at the site of the old Battersea Power, London, from 8-11 September 2011. It’s London’s first major green motor show and will be showcasing the latest electric, hybrid and low-carbon cars and motorcycles.

Visitors will be able to take test drives on a special circuit, and market leading motor manufacturers more will be in attendance, showing off their latest and greatest eco vehicles.

It’s another opportunity to raise the profile of green transport, coming hot on the heels of the announcement by the London 2012 Olympics organisers that their fleet of official vehicles will all be eco friendly.