Are you one of the 42% who are wasting money due to lack of insulation? 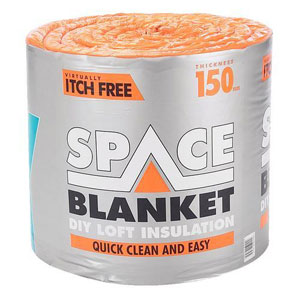 Figures out today from the Department of Energy & Climate Change (DECC), reveal that 300,000 Brits insulated their homes over the past three months.

This brings the total number of British homes to have installed adequate loft insulation to 58%. For those households with cavities between walls, 58% have now installed cavity wall insulation.

Are you one of the 42% who have not installed insulation in your loft or cavity walls?

Or maybe you’re one of the UK households who ‘can’t be bothered’ and together are wasting £1 billion a year through lack of insulation.

“More and more people realise that insulation can save you money and make your home cosier.”

“More than £100 can be knocked off your bill if you get your loft lagged and cavity walls filled and thanks to tough government targets for the Big 6 energy companies, consumers can get free or discounted insulation.”


Government warn ‘Big Six’ to “pull their finger” out on insulation

The DECC also warned that the ‘Big Six’ energy suppliers are at risk of missing tough government targets on energy efficiency, and demanded that they double their efforts and “pull their finger out.”

Over a year ago the government told energy companies to increase the help that they made available to householders to improve their energy efficiency.

“…these stats also show that energy companies need to pull their finger out and get on with offering even more energy saving help to British households.”

“The companies have made good progress to date and we want them to succeed, but they are going to have to accelerate their lagging rates if they’re each going to hit their targets by the end of the next year.”

As we all know, most of the ‘Big Six’ are more interested in raising energy prices than helping their customers or fighting climate change.

Their failure to date to invest in adequate renewable energy sources and greed, means that the UK is making slow progress in becoming a modern green energy country.

Rather than high levels of energy efficiency and renewable energy sources, we’re stuck with energy companies that are only interested in ‘fat cat’ director pay, and shareholder profits.

Only YOU can take action to reduce your energy bills

So you can’t rely on the ‘Big Six’ to save you money or reduce your bills. It’s time for you to take action now.

Check out how much you can save off your energy bills with insulation. You can also find out how to contact the Energy Saving Trust, who can advise on how to get free or discounted deals on insulation.

Green Abode recommends that you check the savings you can make by switching your gas and electricity supplier. Use a trusted electricity and gas comparison service, such as uSwitch to reduce your energy bills today.

Save with money with uSwitch >>