The race continues to develop a way to produce cheaper solar cells, that will make green energy more accessible. This year there has been a whole wave of innovation, including producing solar cells from inkjet printers. Japanese giant Mitsubishi Chemical Corp. has taken a different route, however, and has developed spray-on solar cells.

The latest technological breakthrough means that solar cells can now be applied to buildings, vehicles and anywhere in the same way that paint is applied. This means that the places where energy can be harvested from the sun are almost limitless. 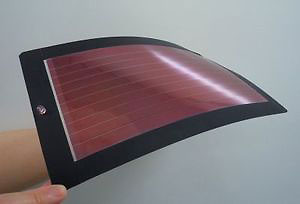 Scientists have been attempting to develop solar cell technology to increase efficiency of energy created and make them easier to install and use. The new spray-on solar cells utilise carbon compounds which, when dried and solidified, act as semiconductors and generate electricity in reaction to being exposed to light.

Similarly to other recent innovations, such as solar ‘nantennas’, this is a further step to developing cheaper flexible solar panels.

Most existing solar technology is set up on roofs or in solar parks as it requires crystalline silicon to be sandwiched between glass sheets. It’s expected that flexible solar technology will replace this, as it has more potential to be used anywhere.

According to Mitsubishi Chemical, the sprayed-on solar cells are less than 1 mm thick, far thinner than any existing technology. Furthermore, they weigh less than one-tenth of crystalline silicon solar panels.

Like most flexible solar technologies, solar spray-on has not currently achieved a practical conversion level of light energy into electricity. These prototypes have a conversion level of 10 per cent, whereas traditional rigid crystalline silicon solar cells achieve a standard ratio of 20 per cent.

Mitsubishi Chemical aim to develop the spray-on solar cell technology to achieve 15 per cent conversion of light into electricity by 2015, and is aiming eventually to reach 20 per cent.

Mitsubishi Chemical hope to use the technology in a number of ways where it can applied to round or curved structures. These include chimneys or noise-reduction barriers that line many highways in urban Japan.

In an exciting development, the company said it had plans to work with domestic car markers to build a car coated with the spray-on cells. They believe that it could produce enough power to travel in a vehicle for 10 km after being exposed to the sun for only two hours.

Green Abode will keep you updated as to how this and other exciting new solar technologies develop. Only recently in the UK a team announced that they had developed solar cling film, another innovation in flexible solar technology. In the meantime, solar panel kits offer a flexible solution which can be used in many places.