FacebookTwitter
This guest article is by Ross Atkin of The Victorian Eco House. 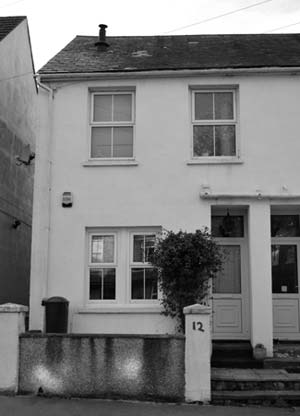 Is it possible to install cavity wall insulation in a Victorian house?

Owning a Victorian house brings great benefits such as character features, high ceilings and greater space than you usually get with newer builds. However, they often come with disadvantages such as damp, mould and huge heating bills!

We have been slowly upgrading our house over the past few years, with the intention of making our Victorian house warmer, healthier and more efficient to run.

We had completed many of the obvious upgrades such as topping up the loft insulation, lagging pipes and draught proofing, but our attention had recently turned to sorting out the walls as these are a major source of heat loss in an older house.

This can be an expensive upgrade on older houses, but there is one cheap option that many owners may dismiss as they don’t believe that it is available for period homes.


Victorian houses don’t have cavities – or do they?

I had always assumed, like many owners of older houses, that my walls were solid brick. Conventional wisdom insists that cavity walls didn’t come into mainstream use until the 1930’s.

As such, nearly all the advice out there points owners of houses before this date straight towards either internal or external insulation that are both more expensive and disruptive to install than cavity wall insulation.

We had therefore started to investigate the options for internally insulating the colder back of the house and had pretty much accepted that in order to keep costs down we would have to spend a long couple of weeks battening, insulating and plaster boarding.

Imagine my surprise then, when drilling a hole for a new outside tap I suddenly discovered a large void in the wall. After poking a torch into the hole it certainly looked like our house was built with cavities!

How was this possible – had my builder invented the cavity wall 50 years before everyone else? The answer was much more mundane.

Unlike more modern homes, there weren’t really any building standards in the 19th century, and whilst most Victorian homes follow very similar layouts and designs, the construction methods used vary greatly across the country or even in individual streets.


As a result, many generalisations are made in the advice to owners of older houses, such as the statement that Victorian houses do not have cavities.

Whilst this is true for the vast majority of older homes, there are many thousands of Victorian houses out there (like mine) with cavity walls that are perfectly capable of having cavity wall insulation, but the owners simply don’t realise that this is an option to them as everyone tells them that the Victorian’s didn’t build cavity walls!

Do you have cavity walls?

The easiest way of finding out whether you have a cavity is to look at how your bricks are arranged. If you have alternating long and short bricks that look like the picture on the left unfortunately you have a solid wall and you will need to look at internal or external insulation.

If however your bricks are arranged in the pattern on the right then there is a good possibility that you have a cavity that can be filled.

Cavity wall insulation is not a DIY job. Done badly it can cause major issues and not all properties are suitable so it is vital to get a professional in for this.

The government heavily subsidise installation and there are plenty of companies who offer it, so this should have been easy.

I had assumed that I could just ring up and book a survey but most of the companies I rang insisted that it was not possible for a Victorian house to have cavities and refused to come out.

However after a bit of perseverance I did find a supplier who was happy to come and undertake a survey.

Visit from the surveyor

The surveyor came and drilled a series of holes in various walls. He started with the front wall of the house; he drilled a hole and then pronounced that it was solid and didn’t have a cavity!

Imagine my horror and thoughts of humble apologies, however this was short lived as the other walls around the side and back of the house turned out to indeed have cavities.

Talking to the surveyor it turned out that even if they are present not all cavities are suitable for filling. Often the gap between the two walls is too small or there is a lot of rubbish in the void that would cause problems with damp.

I was pleased to hear though that we had quite a large cavity at around 65-70mm, it was relatively clear of rubble and the wall ties which hold the two walls together were in good condition.

He explained that whilst they would be able to fill the wall, they would only recommend using polystyrene beads rather than the more common mineral wool as this was less likely to cause damp issues in older houses.

After doing a bit more research I decided to order grey, graphite coated polystyrene beads rather than the standard white ones. These were slightly more expensive (around £50 more) but they have a higher insulation value and you only get one opportunity to fill the cavity so I thought it was essential to go with the highest amount of insulation as possible.

On the day of installation, two guys turned up with ladders and began drilling a series of holes in the walls. Into these they injected a mixture of beads and a weak adhesive to hold them in place.

After only two hours they were finished and gone.

All the holes had been filled so well that it took a real effort to find where they had been. In fact the only obvious evidence that they had been there was from the odd grey polystyrene ball that had escaped into the garden!

Was it worth it?

We only had the walls filled in June so it is too early to tell what the impact will be on the heating bill this year, however, during the hot weather the house was certainly a lot cooler than in previous years as the insulation keeps the heat out in the summer as well as keeping the heat in during the winter.

The only issue that we’ve had is that it is a little colder in the bathroom and bedroom at the front of the house as these have one solid wall that couldn’t be filled. We are looking to internally insulate these two walls but the amount of work is tiny compared to the prospect of having to do the whole house!

If you are considering upgrading the energy efficiency of your Victorian home, it is well worth confirming whether you have cavity walls! Whilst not all cavities, particularly older ones can be filled, it would be silly not to investigate whether it is possible on your property particularly as the price difference between cavity and internal/external insulation is significant.


With an outlay of only £250 (including government subsidy) compared to the estimated cost of £2000 to internally insulate, I think this was a no-brainer!

The guest author Ross Atkin is in the process of an eco refurbishment of his Victorian home. To find out more and to follow his project, visit The Victorian Eco House.
FacebookTwitter

One response to “Victorian House and Cavity Wall Insulation – An Impossible Situation?”