Do We Know That Energy Saving Helps The Environment?

It’s a almost one year now until the UK government launches it’s flagship energy saving initiative, the Green Deal. Whilst there’s a lot of focus on the production of renewable and green energy, energy saving does not seem to generate the same levels of interest.

A new survey suggests that the government has some way to go to communicate the benefits of energy saving, and in turn, the Green Deal.

Energy saving not as understood as recycling 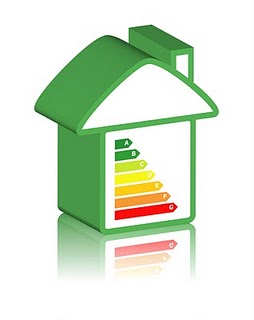 In July 2011, Ipsos MORI conducted a survey on behalf of the Industry Council for Packaging & the Environment (INCPEN) which demonstrated that energy saving is less well understood than recycling, as a factor which would impact the environment positively.

When asked to choose up to three options from a list of things that people can do to improve, and help protect the environment, it produced the following findings:

Significantly, more men (18%) than women (13%) chose to turn down home heating as a factor that would help and protect the environment.

Energy saving has the bigger positive impacts on the environment

Although it was only ranked 11th in this survey, turning down the heating at home is the second highest factor in a household’s total impact on the environment (source: J M Kooijman, Environmental impact of packing: performance in the household).

Whilst saving energy at home has the biggest environmental benefits, this survey shows that people believe that recycling is more important.

Education key factor in success of the Green Deal

These findings have some similarities with a recent Green Deal trial undertaken by Sutton Council. Educating customers to the benefits of energy saving and the Green Deal were both key findings for improvement, prior to the full roll out across the UK.

If the government is going to make the Green Deal a success, it would appear that they have a significant way to go to make people understand how improvements can save them money, and help the environment.

As a precursor to the Green Deal, British Gas have launched their Home Energy Plan, and one would hope that an organisation of this size would be well equipped to educate customers.

What do you think?