One Man’s InterRail Journey from London to Istanbul by Train

FacebookTwitter
This guest article is by Graham Spicer a travel copywriting consultant.

If, like me, you’re a fan of train travel, where the journey is as important as reaching the destination itself, then maybe you’ve dreamt of taking one of the world’s classic rail trips.

Perhaps you’ve always wanted to take the Trans-Siberian Railway, or fancied travelling the West Highland Line from Mallaig to Oban. For me, the allure of the Orient Express has long captured my imagination. 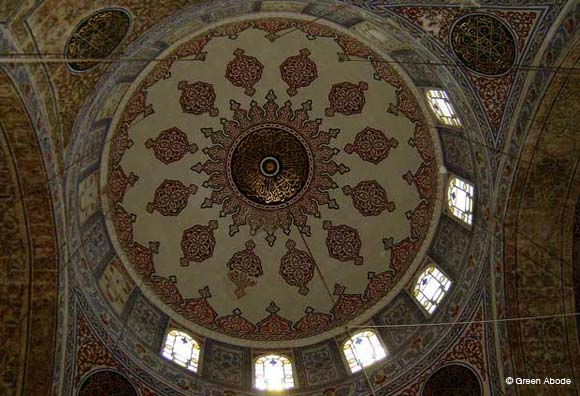 London to Istanbul by train is a great journey. You must visit the Blue Mosque when you get there. Image © Green Abode

And while you can still book a berth on the posh version, travelling in style in a Pullman coach and racking up a deluxe-sized bill to boot, it’s also possible to make the journey from London to Istanbul on the cheap.

London to Istanbul the InterRail way

So last summer I took the plunge. I’d been to Istanbul many times before – it’s one of my all-time favourite cities – and this time I had an even better excuse for visiting, as my sister-in-law was getting married there at the end of August.

I admit, the six-day journey out there was a bit indulgent, but the prospect of telling the other British wedding guests that I’d arrived by train, rather than the more conventional Easyjet option, was too tempting to miss.

I said cheap, so how did I do it? I simply armed myself with an InterRail Global Pass – £234 for a pass giving me enough unlimited travel to easily make the trip (this drops to only £154 if you’re under 26) and booked a few hostels on the way to break the journey. I was in shared dorms, but at around £10 a night with clean sheets and hot showers I wasn’t complaining.

Being one of those souls who gets immeasurable enjoyment from the anticipation and planning of a journey I meticulously researched my route and put together a detailed itinerary. But even in peak season, if you’re more the freewheeling kind you’d have few problems making sleeper reservations at the last minute and finding cheap rooms in the big cities en route. For more InterRail advice, there’s plenty of useful hints elsewhere on Green Abode.

There’s several ways to get to Istanbul by train from London, and the first choice is if you want to go via Paris or Brussels. I took the Brussels option, catching the 0734 Eurostar from St Pancras, enjoying a leisurely lunch of moules frites by the Grand Place before hopping across the German border on the incredibly fast ICE train. Arriving in Cologne I had time to climb to the top of the city’s immense Gothic cathedral and grab a spot of supper. 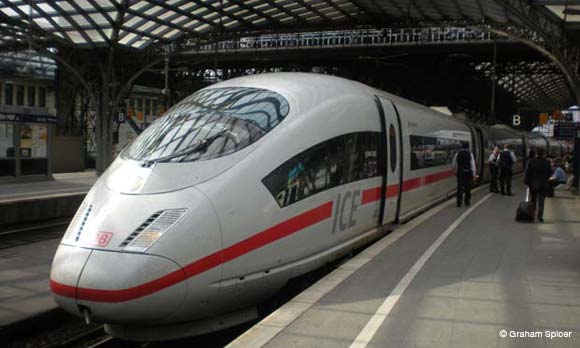 Then it was my first sleeper couchette experience, catching the overnight express to Vienna. The shared sleeper carriage takes a bit of getting used to, that’s for sure. You’ll be sharing with up to five strangers, and the unfamiliarity, summer heat, and constant noise of the train will most likely conspire against a decent slumber.

If I was doing it again I’d take earplugs and an eyemask, but even so, it was incredibly exciting to going to bed in the knowledge that I’d wake in a different country.

Middle Europe and the race to the east

Given more time I’d have lingered a while in Vienna, but I’d spent a month there some time ago so decided to press on, quickly catching a morning train to Bratislava, the compact and surprisingly pretty Slovakian capital.

A brief scoot around the old town and a taste of East European beer under my belt and I raced onwards to Hungary. Whichever way you travel to Istanbul, chances are you’ll pass through Budapest, and if you’ve not been before, I’d recommend staying a night there as your first break of the journey. The view across the Danube to the castle district is truly memorable and Budapest has to rank as one of Europe’s most attractive capital cities.

Arriving in the Balkans

But it was another place I’d seen before and I was determined to carry on to Serbia and (for me) uncharted territories. My second night in a couchette didn’t offer much more rest than the last, what with early morning passport checks and the growing heat as we headed south, but all the same, I was definitely getting into my InterRailing stride.

But by the time I reached Belgrade I was ready for a break, so booked into a pleasant and sociable hostel in the old town for two nights. I could have opted to make my way to Istanbul via Romania, stopping in Bucharest then catching the Bosphorus Express from there, but I wanted to find out how the much-maligned ex-Yugoslav capital ticked.

And I wasn’t disappointed. This is a town well and truly shaking off the legacy of its troubled recent past and embracing life to the full. The bars, restaurants and street life are superb, and there’s even a city beach, formed from a dammed-off section of the River Sava. There’s history and culture too, and while I was there, they were in the midst of a huge beer festival that brought a touch of Munich Oktoberfest atmosphere to town. 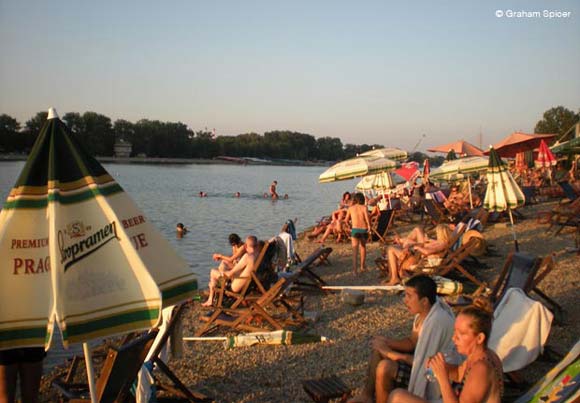 Serbia is a buzzing city, don't forget to check out the beach. Image © Graham Spicer

Further into the east

Two nights wasn’t enough but I had my itinerary to stick to, so with heavy heart I said goodbye to new-found friends, picked up my bags and caught an early tram to the elegant central station to ride further south-eastwards into Bulgaria.

Now a word of warning. The train tracks in southern Serbia are in need of an urgent upgrade, and making the trip on a summer’s day is something of a challenge. The heat is oppressive, the journey painfully slow, and the carriages overcrowded. A night train, or even shelling out a few extra quid and taking the bus, would be a more comfortable option.

But the Serbian countryside is gorgeous, and if you like a bit of excitement, the cat-and-mouse game between local cigarette smugglers and the border police adds a bit of extra spice to the journey. 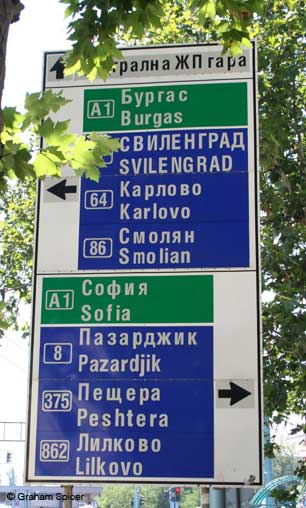 Even so, it was a relief to finally arrive in Plovdiv at the end of a very long day. Most travellers opt to stop in Sofia, and while I’d heard great things about Bulgaria’s capital I’m an awkward bugger, and like to explore the places people have barely heard of.

Bulgaria’s second city turned out to be a gem. I won’t shout too loud though, because it’s just fine as it is, without hoards of backpackers or coach parties to spoil it. Fascinating Roman ruins, shady tree-lined alleyways, fine old Art Nouveau mansions, pleasant parks and gardens and a thriving café culture conspire to make one of the most relaxing cities in the Balkans.

Just do me a favour and don’t tell anybody else about it.

On the map it looks like a short hop from Bulgaria to Turkey and Istanbul, the city that famously straddles two continents. But be prepared for a rather gruelling sleeper train, with a long night-time stop at the border to get your Turkish visa stamp. It’s all worth it though, and as you roll through the Thracian countryside and into Istanbul’s sprawling suburbs the excitement mounts.

Arriving at Istanbul’s Sirkeci station, after making it all the way across Europe, is a momentous feeling. You’ve seen the landscape, architecture and culture change slowly, but inexorably, along your journey. Gone are the flatlands of north-west Europe and the pointed church spires of Mitteleuropa. The onion domes and blocky communist-era apartments of the Balkans have also disappeared. You’ll need to pinch yourself that just a few short days ago you were eating German sausage then enjoying a spot of Hungarian goulash.

If you were looking, you’d have spotted the odd minaret in Serbia and Bulgaria, but trundling towards your ultimate destination, with the soaring splendour of the Blue Mosque almost within reaching distance of your train carriage, you feel you’ve finally arrived in the east.

And yet not quite the east. Stepping off the train and immersing yourself in the Turkish metropolis you’re in for your next big eye-opener. Exploring a city truly at the crossroads of Europe and Asia. But that’s another story, and besides, I had a wedding to get to.

If you fancy a trip to Istanbul yourself, why not have a look at my Istanbul highlights map – and if you’ve got any questions about InterRailing to Turkey or about Istanbul itself, just leave a comment and I’ll get back to you.

The guest author Graham Spicer runs a travel copywriting consultancy, specialising in Turkey, the Balkans and ethical travel. He regularly blogs at www.ithreetravel.co.uk, and before getting into the copywriting game worked at and ran activity centres in Turkey, Croatia, Greece, Spain, Norway and the Caribbean.
FacebookTwitter